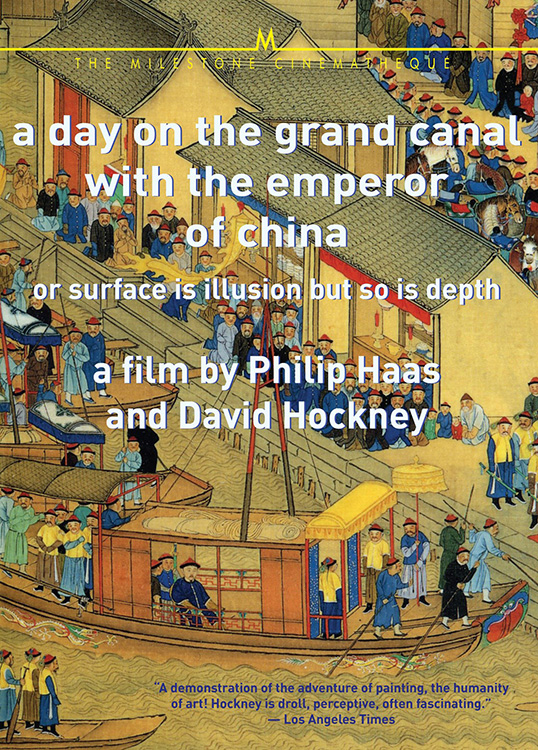 A Day on the Grand Canal with the Emperor of China

Painted by Wang Hui and his assistants, the seventh scroll of "The Kangxi Emperor's Southern Inspection Tour" contains over 72 feet of beautiful and minutely detailed artistry, executed before Western perspective was ever introduced into Chinese methods. Famed artist David Hockney contrasts the fluid spatiality of this scroll with a later scroll painted by Xu Yang, and brings the bustling streets and waterfronts of three hundred years ago to life. Hockney and director Philip Haas spin a dazzling discourse on eastern and western forms and their relationship to modern artistic visions in such way that not only entertains, but provides a lifelike and joyous adventure for all.