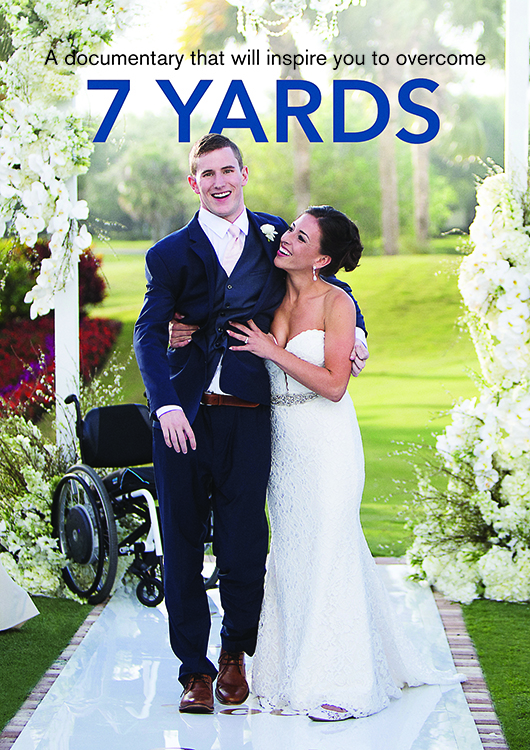 7 YARDS: THE CHRIS NORTON STORY is a documentary that explores the resilience and perspective of Chris Norton. In October 2010 at age 18, Chris suffered a debilitating spinal cord injury during a college football game. Doctors gave him just a 3 percent chance to ever move again. But he defied that diagnosis.

After years of physical therapy and training, Chris’ story went viral in 2015 when he successfully walked across the college graduation stage with the help of his fiancée Emily. Video of Chris walking to get his diploma touched the world and has received over 300 million views. Soon after, Chris and Emily set an ambitious new goal: walk seven yards side-by-side down their wedding aisle. The film features powerful interviews, emotional reenactments and real footage from their 2018 wedding. It’s the inspirational comeback story of Chris and his journey from college athlete to medical miracle to viral inspiration and now adoptive father.