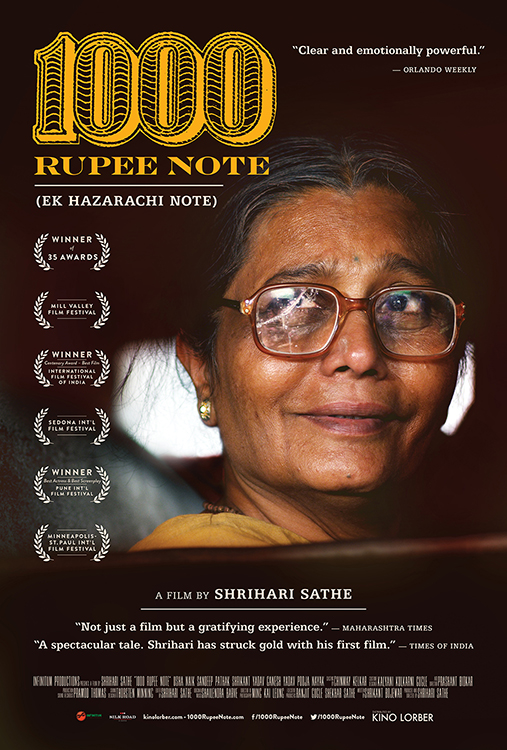 Budhi, a widow lives in a small village in Maharashtra, India. Her only son, a young farmer, has committed suicide. Though poor and left alone in the world, she leads a cheerful life. She is particularly fond of her neighbor, young Sudama with whom she shares the small pleasures of life. A local politician gives her a 1000 rupee note at an election rally. She and Sudama go shopping to the nearby market with her newfound wealth, but fate has other plans for them.

"With a Technicolor palette and buoyant original songs, this deeply humanistic morality tale us a feast for the eyes, ears and brain and lingers long afer the credits roll." -Mill Valley Film Festival

"Keeping every minute detail of the story intact, the director has struck gold with his first film." -Times of India

"The film connects at all three levels- social, political and emotional and powerfully depicts the nuaces of life." -Lokmat

"Not just a film but a gratifying experience." -Maharashtra Times